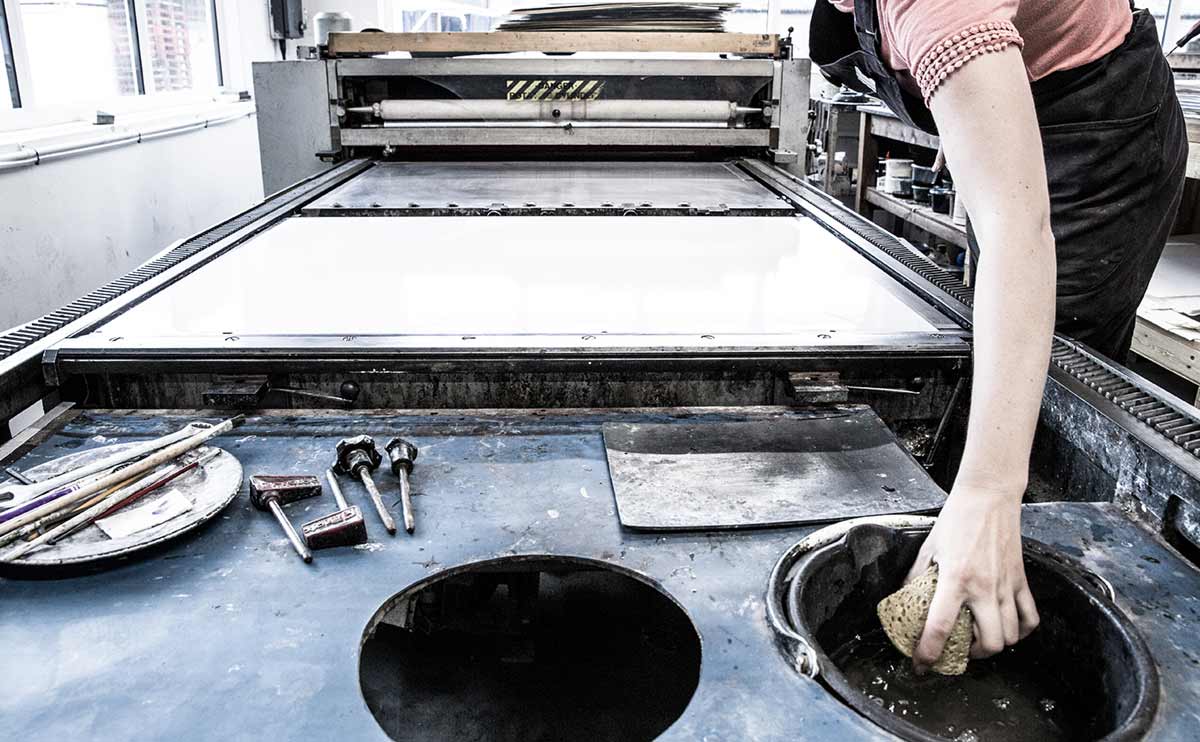 The Curwen Studio is a printmaker and publisher of fine art lithographic prints. Originally founded in 1958 as a subsidiary of the Curwen Press, which itself was founded in 1863 by The Reverend John Curwen as a means of producing hymn sheets for his congregation.

Due to the emergence of artists’ original prints as publications in their own right The Curwen Studio was set up in 1958 under the management of renowned printmaker Stanley Jones MBE.

There followed a period when artists including Henry Moore, Barbara Hepworth, Graham Sutherland, Elisabeth Frink and John Piper produced many important lithographs at the Studio.

In 2014 The Curwen Studio found a new London home at Worton Hall Studios. We continue to work with leading contemporary artists, publishers and museums from around the world.

The studio is based at Worton Hall Studios which also houses Coriander Studio and Huguenot Editions; renowned printmakers who specialise in silkscreen, digital and lithographic editions respectively. This proximity of studios